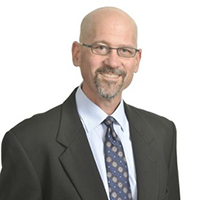 After a successful executive career in the business sector, Jim transitioned to the nonprofit world in 2010 where he has held leadership positions including stints as Chief Operating Officer and Interim Chief Executive Officer at the Jewish Community Federation and Endowment Fund (JCF) and as Interim Executive Director at Congregation Beth El in Berkeley, California.

In his role as Interim CEO at JCF, Jim led a staff of 125 and was responsible for an organizational budget of $40 million and charitable assets of $1.8 billion.  Prior to being asked to step into the interim CEO role, Jim served as the Director of Special Projects, Program Officer, and Chief Operating Officer.

Jim was then recruited to serve as the Interim Executive Director of Congregation Beth El in Berkeley where operations include a 900+ camper summer day camp program, a sixty-child preschool, and an after-school supplemental education program for 260 school-age children.

Volunteer and board experience in the nonprofit sector include serving as a tutor in the Writer Coach Connection in the Berkeley Schools, a motivational speaker for the Leukemia and Lymphoma Society, and board stints with Environmental Law Alliance Worldwide (Finance Committee, Capital Campaign Committee), Child & Family Therapy Center of Contra Costa County (Board Chair), East Bay Agency for Children, and Congregation Beth El (Development Chair, Capital Campaign Chair).

Prior to his transition to the nonprofit sector in 2010, Jim spent twenty-five years in leadership positions in the private sector, completing his business career as Senior Vice President and General Manager of DCP/Diablo Publications, a diversified publishing and communications services business with clients in the for profit and nonprofit sectors across the United States.

Jim has been a guest speaker at NYU’s Stern School of Business and Northeastern University’s College of Arts, Media and Design as well as the American Advertising Association and the Custom Content Council where he also served as a board member and board chair.  Most recently, Jim was accepted as a Charter Member of the National Association of Accredited Interim Executive Directors (NAAIED).

Jim is a graduate of the University of California at Santa Cruz where he obtained his Bachelor’s degree and a California State multi-subject teaching credential. Jim has completed CTI’s Co-Active Coaching coursework and is currently pursuing Co-Active Coaching Certification.  He holds certifications in advanced SCUBA; Whitewater Rescue; Adult, Child and Infant CPR; Community Emergency Response (CERT); and Wilderness First Response.