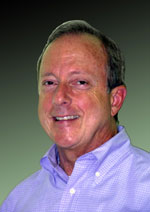 Tim is the author of the book Managing Executive Transitions: A Guide for Nonprofits, which was released by Fieldstone Alliance in 2009. He previously published two monographs related to nonprofit transitions, Building Leaderful Organizations: Succession Planning for Nonprofits, and Interim Executive Directors: The Power in the Middle, which were published by the Annie E. Casey Foundation. He is also co-author of two seminal studies of executive director tenure and experience, Daring to Lead (2001) and Daring to Lead 2006, which were published by CompassPoint. All of Tim’s publications can be found on theResearch & Publications page of the CompassPoint website.