Jacqueline Janssen is a

third generation woman entrepreneur. She began Janssen & Associates in 1978 at the request for consulting by new and small businesses, added Executive Recruiting in 1996. She has founded nine businesses, successfully selling six of them; three continue. An active peace advocate, Jacqueline is aware of the problems for communities when government and business don’t collaborate and social justice falters. Inspired by nonprofits and the difference a few people could make, she joined nonprofit boards and found that like businesses, nonprofits need good leadership.  In 2008 she began recruiting for nonprofits.

Jacqueline realized that nonprofits need help during transition of founder or leadership change beyond hiring new staff. Communities increasingly ask nonprofit staff and volunteer boards to do more with less. However transition requires seasoned entrepreneurs with business acumen and hearts of nonprofit leaders which seemed like most nonprofits could not afford, until she became aware of the profession of the Interim Executive Director (IED). In 2008 Jacqueline selected and recruited former successful Executive Directors to participate in Interim Executive Director training designed by Tim Wolfred of Compasspoint and began deploying trained IEDs from the Bay Area to New York.  With Board members’ input she became knowledgeable of the expertise of dozens of IEDs.  She also places IEDs as consultants for boards, executive coaches, development directors, CFOs and COOs, Human Resource Directors, strategic planners, facilitators and more, and places IEDs as a team. An IED has skills and experience that have only been gained as an Executive Director or CEO. An Interim Executive Director is a bridge over the waters of transition.

IEDs told her they needed marketing and a repository for information about resources and training.  As the need for Interim deployment was increasing Jacqueline engaged Deborah Levy, to work with her to create NAAIED to forward the profession of IEDs so that the practice becomes more known and appreciated in the nonprofit sector and among Executive Search Consultants.   Jacqueline and her husband Mike Morrissey, provided the seed money for NAAIED through their Foundation for Leadership. Fundamentally Jacqueline believes that the time of nonprofit leadership transition is an opportunity for a nonprofit, and this can best be done with an Interim Executive Director’s expertise while an excellent leader is recruited and placed.   As an advocate for peace and social justice she believes that founders of nonprofits are the people who envision a better community, and succeeding in their mission, our world is a better place for all.

Peter Lee has over 25 years of experience in the nonprofit arena and has served as an Interim Executive Director and Leadership Transition Consultant for community-based organizations in the Bay Area for the past seven years. His assignments have included Ritter Center, First 5 San Mateo County, the San Mateo County Health Foundation, the Marin Food Bank and Zen Hospice Project. He has also served as President & CEO for Goodwill Industries of the Redwood Empire in Sonoma County.

As an accomplished Chief Executive Officer, Peter has extensive experience with leadership transitions , strategic planning and implementation, mergers and alliances, organizational assessments, executive coaching and Board governance and has provided consulting services in each of these practice areas.

Peter’s expertise also includes social enterprise initiatives, philanthropic development, educational administration, marketing and public relations. He has engineered numerous institutional partnerships and has also participated in the negotiations for two organizational mergers for nonprofits in the Bay Area. Peter and his wife live in Corte Madera are long-time residents of Marin County.

Deborah Levy, MSW, has over 35 years experience in nonprofit management. Since 2008, she has served as an Interim Executive Director numerous times and is a management consultant with a particular interest in transitions, board development, assessments, organizational and program development, executive coaching and strategic planning. Additional competencies include meeting facilitation, fundraising development, and communications and marketing.

Before developing her consulting business, Debbie served as President and CEO of a nonprofit organization for 18 years providing diverse services that promote independence and participation in the community. The Agency grew from a $500,000 budget to $6,000,000 during her tenure and developed the organizational capability to match its budget growth.

Previous to that she served as the CEO of the Northern California Chapter of the National Multiple Sclerosis Society as well as working with National headquarters on contract to provide fundraising consulting services to chapters across the country on a part-time basis.

Deborah is a founding board member of Sweetwater Spectrum in Sonoma, President of MarinSpace and serves on the Advisory Board of Dominican University Special Education Department. She served on the selection panel for the Hitachi Foundation Yoshiyama Youth Awards based in Washington D.C., and is a past president of the board of directors of the Center for Volunteer and Nonprofit Leadership in San Rafael, and Toolworks, San Francisco. 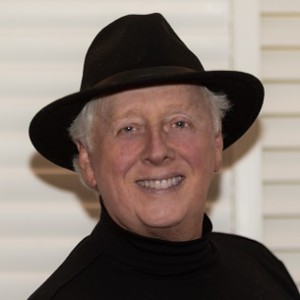 Michael Morrissey began his career as a landscape architect and in Buffalo, New York created an early urban park including the neighborhood children in its development. While teaching natural resources management at Cal Poly, he was drawn to Paris in the early 1970’s and on to trekking to Katmandu. He found himself driving the Magic Bus with an increasing involvement in photography as a way of capturing, in an instant, that which could never be explained in words.

Using his planning and environmental experience and mastering many trades while living in Brunei, Malaysia, Taiwan, Thailand and Japan, Mike co-founded Refugees International. In Thailand he worked with the UNHCR developing refugee camps. After creating several real estate management companies based in Bangkok, where he lived for many years, Mike began to focus on his passions: travel and photography. An inveterate global traveler with a penchant for discovering off-the-beaten paths, Mike has experienced moments of terror and peace, sadness touched by joy, acquiring a deep awareness of the connectedness present among all people and cultures and a deep respect for the poignant, majestic yet fragile natural world.

Mike returned to the United States with his experience, skills and understanding of the global community and contributes to the nonprofit world of advocacy and service. Continuing his commitment to marginalized people without homes, he is working with NAMI San Francisco and Downtown Streets Team on a documentary on the trajectory of homelessness and recovery, through his company, Spirit House Productions. He is also working on a documentary for the Nonprofit Founders Celebration and is the Executive Producer of Architects of Opportunities, a TV Series on Founders of nonprofits and their organizations’ contribution to communities. Mike states: “A photograph is the best we can do to capture truth; a testimonial that outlasts the test of time”.  See Architects for Opportunities TV Series and the Trailer for the documentary on nonprofits.